Is Having Fun More Important Than Winning In Youth Sports?

Athletes can excel if they’re having more fun

“It’s not whether you win or lose, it’s how you play the game.”

That’s one thing we tell kids when their team gets crushed. We try to lift their spirits by telling them that winning the game isn’t important. It’s more important that they have fun and learn new skills.

Generally, most leagues have a goal to teach kids a sport that has a fun and supportive environment. But there is also pressure to win – for players, coaches and directors. The challenge is figuring out how to do both.

Here are three reasons why having a mixture of fun and success is important to the development of youth athletes.

Most leagues have a goal to teach kids a sport that has a fun and supportive team environment. But there is also pressure to win – for players, coaches and directors. The challenge is figuring out how to do both. #playerdevelopment #coaching #youthsports Click to Tweet!

Learn while having fun

Pressuring kids to win can create a negative, stressful environment. It can lead to increased practice time with more drills and higher intensity. It can cause coaches to play only the best athletes, leading to less playing time for all players. It can cause coaches to instruct more aggressively as they are chasing victories more than developing skills. And it can make parents seem more like critics and less like supporters.

This environment can make it difficult for the kids involved to excel. It can turn the focus off of developing skills, forming friendships and having fun, and instead hone in on victories. This tactic could backfire.

According to sports psychologist Justin Anderson of Premier Sport Psychology, letting kids have fun could result in better results on the field.

“Athletes who have more fun will perform better,” Anderson said. “Kids are there to learn, and they can’t do it in a negative or stressful environment.”

If kids are enjoying themselves while practicing and going to games, they are going to be more likely to want to sharpen their skills. If they are focused on performing at a high level to secure playing time and fear that a mistake could lead to criticism from a coach, then kids could lose self-confidence and overall interest in the sport.

Opponents of the “just have fun” argument will likely tell you that losing isn’t enjoyable for kids, so winning can actually lead to having more fun.

Rutgers University adds that winning can help build an athlete’s self-esteem. According to research conducted by the university, “winning does build confidence especially when that winning represents a true accomplishment.”

Kids like to win. Being on a winning team and experiencing success can help build a child’s confidence and help them feel accomplished that they are excelling at their hobby.

Rutgers also points out that winning can show kids that hard work pays off. Practicing hard and honing skills can lead to victories, showing young athletes that you need to work for success. The university states that winning also teaches kids that success comes with perks, such as trophies, better tournament seedings and maybe even better fields.

However, the school also warns in its research that “in youth sports programs the adult leadership must continually be watchful that the younger, less skilled, and less experienced athletes are not denied fair access to the opportunity to learn and participate as a result of this differential focus on winners.”

Youth sports is still about development, and losing sight of that could deter kids from playing at an older age.

Enjoyment can lead to longevity

According to a poll by the National Alliance for Youth Sports, 70 percent of kids quit youth sports by the age of 13. Why they opt to stop playing can vary, but a lack of fun can play a part.

According to the Washington Post, some kids might quit because of the pressure to win and excel at a sport. The more pressure kids feel to win, the less fun a sport can be. It also puts stress on kids to perform well. They feel the need to play at an elite level, and if they are not excelling in the sport, then it can cause them to quit altogether.

The author also states that some kids might quit a sport if their intention is just to have fun, rather than play on a competitive team. Some athletes don’t care about winning and might just want to play on a squad with their friends to keep playing the sport and enjoy the social aspect.

While there might not be a defined correct answer to whether winning or fun is more important in youth athletics, environments and leagues that support both could be ideal. Kids want to see their hard work pay off, but they also might not have a goal of winning a championship, they might just want to have fun and enjoy playing the sport. 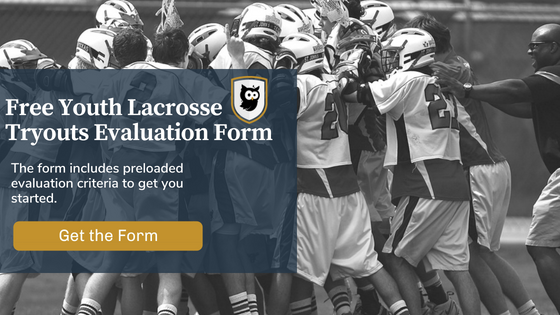