How to help kids prepare for tryouts 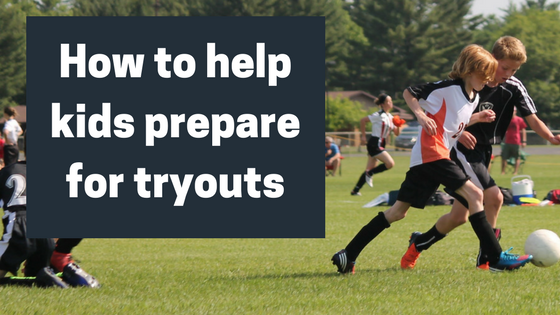 When helping youth athletes prepare for tryouts, parents and coaches typically focus on the basics – bring the right equipment, warm up, stretch, execute the drill – and often overlook mental preparation.

But for athletes, mentally preparing for tryouts can be the difference between making the team or being left off of a roster.

These tips can help kids get into the right state of mind for tryouts.

The pressure youth athletes put on themselves to perform well during tryouts can result in added stress and anxiety.

Dr. Justin Anderson of Premier Sport Psychology said it’s normal for kids to have some anxiety during tryouts.

The challenge is for athletes to learn to control the anxiety and not let it hinder their performance.

“We help them realize there are strategies for how to manage the escalations,” Anderson said.

One tactic Anderson recommends is a breathing technique. He instructs athletes to take a 10-second breath (five-second inhale, five-second exhale) to help slow down their heart rate and get into a calm state.

Anderson also works with athletes to help divert their attention when needed.

He teaches athletes that they can shift their attention from one thing to another to improve their mental state. At tryouts, youth athletes are focusing on whether or not they will make the team. Coaches and parents can help them calm themselves by diverting their attention to something else, such as a specific drill or exercise.

Anderson states youth athletes may think their entire identity is tied to their connection to a sports team. They might only see themselves as a baseball player, or a hockey player, or as a member of a specific squad.

For these athletes, it’s important to help them keep perspective as they head into tryouts. They need to see there are options outside of this particular team in case they don’t make the roster.

Anderson recommends coaches and directors be upfront with athletes at the beginning of evaluations. Telling kids there will be cuts, and then giving them options of other teams or leagues they can join, can help kids understand their athletic career doesn’t have to end after tryouts.

Anderson said parents can help kids by teaching them how to cope with the results if they don’t make the team. Together they can create a path to join a new league, figure out a way to improve for next year, or even try a new sport or activity.

Be confident in yourself

It’s natural to watch other competitors at tryouts, but this can risk hurting a player’s confidence. If a young athlete is focusing on how well other players are performing, he or she might lose assurance in their own abilities.

Instead, athletes need to stay in their bubble and only focus on what they can control – their own performance. Players should try to only think about the drills and techniques they need to execute, and how to do them to the best of their ability.

Helping youth realize they can’t control how everyone else does, only their own performance can help ease some of the stress they might be feeling.

Some youth athletes can benefit from simply talking through pre-tryouts stress with a parent, coach or other confidants.

Players can feel at ease by discussing any fears they might have heading into the evaluation session, and get honest feedback from a trusted resource that they can use throughout tryouts.

Practicing regularly before tryouts can help calm the minds of youth athletes.

Coming into tryouts prepared can help the player feel more confident during evaluations. If he or she knows they’ve practiced and prepped to the best of their ability, then they can enter tryouts feeling assured and fearless.

If you’re preparing to run tryouts, check out our tryouts mobile app that is helping youth sports organizations around the world run more efficient tryouts!