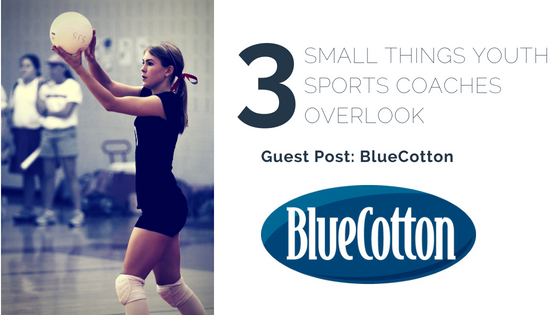 Nobody’s perfect – even the best professionals sometimes make mistakes. Coaches are no exception to that rule, and there are things many of them tend to overlook, especially when training younger athletes. Today, we’re going to discuss three of the most common.

Everyone can learn a thing or two about their work – from the greenest novice to the most seasoned professional. That’s true of sports coaches as it is of anyone else, especially since there are certain things coaches, especially those who train younger athletes, tend to overlook.

I get it. You’re shaping the future of your athletes, and you want to see them succeed – both now and in the future. You want to push them past their limits, and see them achieve things they never thought themselves capable of.

You want to put them on the road to a bright adulthood.

Thing is, that requires more than gusto and passion. It also requires a bit of knowledge. Particularly, it requires knowledge of what you might do wrong.

A serious coach can’t just be an athletic trainer. They also need to be a nutritionist(or at least consult with one). Talk to the parents of an athlete if you’re concerned they aren’t eating properly, and explain why diet is so important. Good health, ultimately, is only 20-40% exercise – the rest is what you eat.

That’s true whether someone is a young athlete aiming to one day go professional, someone who’s just there for fun, or someone who really just wants to get into better shape.

No matter what level you train at, people need time to recover after a workout. If you neglect that and work your team too hard, they’ll probably lose a lot of respect for you. Some might even resent you for it.

And if they wind up getting injured because you didn’t consider their need for rest, you’ll probably have a few angry parents on your hands to top it all off.

An exercise program needs to be designed around the fact that your athletes are human beings – and more importantly, that at this stage in their life, they aren’t at peak physical strength. They’re going to get tired. They’re going to slow down after an intensive workout, and they’re going to need time to recuperate between sessions.

And that’s perfectly fine. I’m not saying you shouldn’t try pushing your team to be better. I’m just saying you need to do it carefully. Know how much your team can handle, and don’t try to make them do more than that.

Every single athlete on a team is different.

By association, each one responds differently to training. The best youth coaches know that – and moreover, they know that most of their athletes are probably going through a difficult, confusing time. With that in mind, they understand that it’s essential to tailor their approach based on who they happen to be training with at any given time – and that an approach that works for someone one day might not work the next.

Yet maybe the first athlete is going through a rough patch with their siblings, and shouting stresses them out. Maybe the athlete who prefers tough love got into a fight with their parents, and can’t deal with any hostility. Basically, what’s most important is to pay attention not just to the differences in your athletes, but their moods – their state of mind when they’re training.

Being A Better Coach

Everybody has their blind spots – coaches included. Being aware of that fact is the first step to overcoming yours. By understanding the things you might be doing wrong, you can then put more effort into the things you’re doing right, and make your team all the better for it.