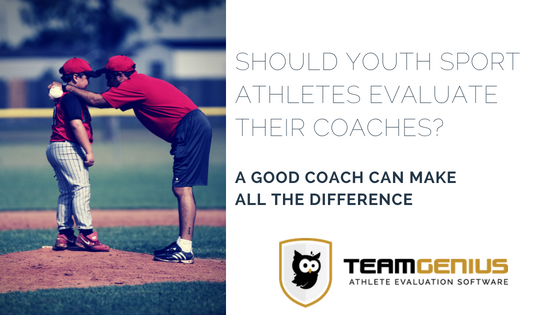 “Good coaching may be defined as the development of character, personality and habits of players, plus the teaching of fundamentals and team play.” – Claire Bee

Coaches have the responsibility to teach young athletes the skills needed to compete in a sport, plus instill work ethic and humility to accept losses and win with grace. Now, more than ever, good and impactful coaches are critical to the success of youth athletics.

A 2016 survey for the National Alliance for Youth Sports states that 70 percent of kids, by the age of 13, will quit an organized sport because “it’s not fun anymore.”

A lot of factors can go into having kids lose enjoyment in sports. An article in the Washington Post speculates it could be because youth sports are becoming more competitive, and those who don’t think they’ll make a high school team quit around the age of 13. The article also states it could be because youth sports don’t support older athletes playing just to have fun, and there is a stronger call for athletes to specialize at a younger age.

While it’s impossible to keep every youth athlete engaged and on a team long-term, creating the right culture on a team and developing an environment where kids can have fun while learning the sport can have an impact in keeping kids involved in organized sports longer.

A lot of times this comes down to the coach. If kids feel they can trust their coach and that coach can get the best out of the player, then they might be enticed to play longer.

The only way to really know how much of an impact the coach is having on the players is to ask the athletes and have them evaluate their coaches. How leagues decide to have players review their coaches is up to each organization, and will likely vary based on age.

Here are some ways leagues can have youth athletes evaluate their coaches.

Coaches have a responsibility to teach young athletes the skills needed to compete, plus instill work ethic and humility to accept losses and win with grace. Impactful coaches are critical to the success of youth athletics. #youthsports #coach Click to Tweet!

Leagues can send out an evaluation form to each athlete at the end of the season. Some leagues might also want athletes to evaluate coaches at the mid-season point. It’s important to write the questions in language kids can easily understand. It should be straightforward and should be focused on the main objectives of the organization to ensure the coach is meeting these.  According to the Positive Coaching Alliance, some questions leagues might want to consider asking youth include:

And perhaps most importantly, the PCA recommends asking youth “Would you like to play for this coach again?” The answers to these questions can help directors determine how effective a coach really is with players.

Depending on the size of a team or league, directors can schedule one-on-one conversations with players to get their feedback on a coach. This gives directors an opportunity to get to know the players and have a candid conversation about the coach. While filling out a form might be more comfortable for players, having a conversation allows the director to ask follow-up questions about how the player is evaluating the coach, or why they felt a certain way. It can allow any issues from the season to be discussed more in-depth than would have been on an evaluation form.

Another option is to have the coach and athlete review each other during a post-season meeting. Coaches should provide athletes with post-season evaluations, and some leagues might decide to have athletes review the coach at the same time. If this method is chosen, then athletes should be given evaluation criteria for coaches ahead of time so they can properly prepare. This will give youth athletes an idea of what kinds of information coaches and leagues are looking for, and what types of feedback they should provide. This can allow for a candid conversation between the player and coach and lead to honest feedback on how the player can improve for next season, as well as the coach. Some leagues might elect to have a director present during these reviews to capture the information being shared. 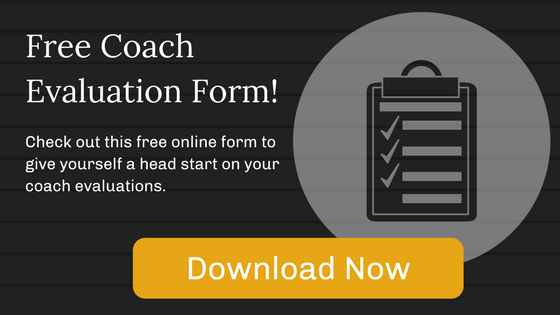