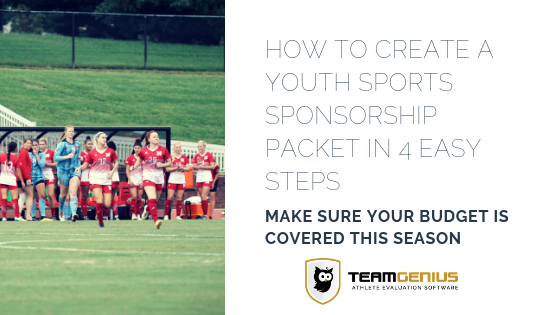 Many youth sports clubs have a gap between how much money they have in the budget and how much they’d like to spend for the season. To bridge this deficit, a lot of organizations pursue sponsorships.

While the end result is a win-win for the club and the business, securing sponsors can be hard work – especially for volunteer-driven organizations. In addition to seeking out potential sponsors, clubs need to create a sponsorship packet to address what types of sponsorships are available, how the funds will be used, and general information about the team.

Here is an outline of how to create a youth sports sponsorship packet in four easy steps.

The beginning of the youth sports sponsorship packet is typically a letter or an introductory email from the club outlining who the team is, your location, and why you’re pursuing sponsorships. Teams can introduce packages at a high level in this opening letter, but it should be treated more as an elevator pitch to entice potential sponsors to keep reading. One way to do this is by showing the value of the sponsorship.

Smith recommends teams include analytics in the letter to show companies what they’ll get with their sponsorship. Examples of metrics to include:

The letter should be formal with a professional tone and give enough details about the team to convince the business to sponsor this club over others. This is not the place to list all team facts – that will come later in the fact sheet. This should be quick-hits to give a general introduction to the club.

Opening salutations should be included, as well as the date and team’s address. If clubs know who they are courting at each business, then the letter can be addressed specifically to that person.

The letter should be signed by either the club’s sponsorship chair, or by the organization’s president.

The next portion of the packet should be dedicated to specific sponsorship opportunities. This will vary based on each club’s needs. While teams’ lists will be different, Smith said all clubs need to be very clear and state exactly what companies will get with each sponsorship while keeping in mind that many sponsorships require some level of customization. Some examples could include:

If a club is looking for a single, one-time sponsor (for example, to buy new uniforms), then the sponsorship opportunity should include how much money is needed and exactly what it will be spent on. Including photos or a mock-up of where the business’s logo or name will be displayed can help companies get a better idea of the presence they will have. 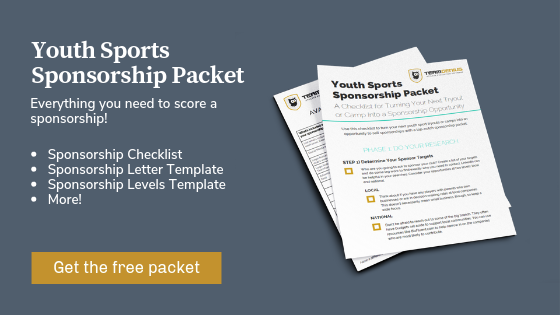 Some teams might have numerous events planned during the season (for example, tournaments they are hosting or traveling to) and need to secure sponsors for each one. For these clubs, sponsorship opportunities can be listed by the specific event.

Teams should provide a schedule of all events and list sponsorship pricing for each. Also include information on how the fund will be allocated: if it’s on travel, entry fees, or other expenses. Additionally, provide examples of how the business’s name and logo will be acknowledged at each event sponsored.

This allows potential sponsors to either select packages based on price or where they want their branding to appear.

Each packet should include a section about the club or league. This should provide general league facts like:

Teams can also include a portion at the end of the packet to ask for additional sponsorship ideas businesses might have. If they don’t see a package or opportunity that fits their needs, companies might have other ideas for how they would like their business represented. Instead of losing these potential sponsors due to limited options, giving them the opportunity to potentially create their own package or opportunity could result in a partnership. 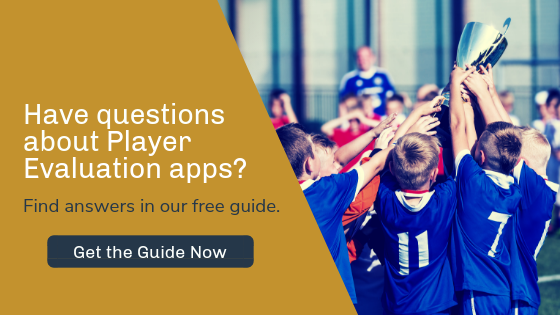